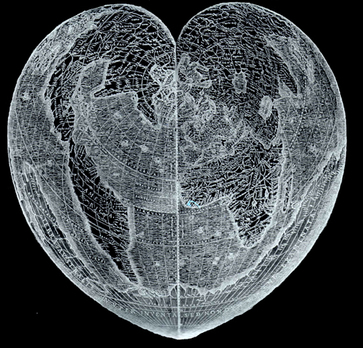 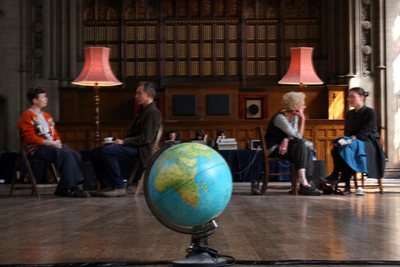 The Gathering examined the vanishing and the lost on a global level.
It correlated these global stories with personnel and intimate accounts of those who had vanished from other people's lives.

The people who go missing, who leave, become lost through the multiple incidents that happen to people in our lives.

We had to listen.

I felt that if people could relate to these stories of vanished people then taking the leap to a land mass, a physical and geographical location through such actions as global warming, human greed, erosion and ecological disasters then a conversation may occur that could go some way to altering our behaviour and perception to the planet.

We invited people into .the site where The Gathering was located.

The Great Hall of the Town Hall, Manchester.

A location that celebrates the global industrial trade Manchester inspired. 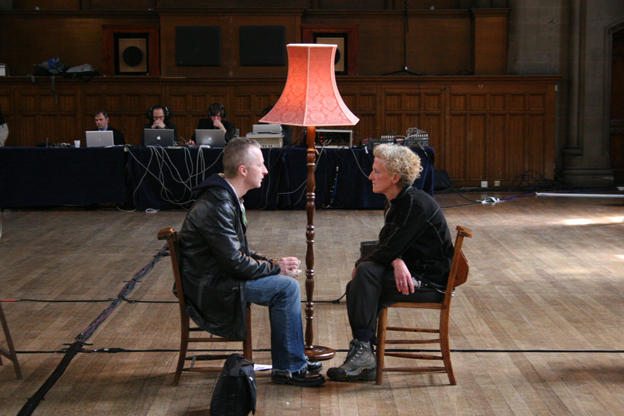 This was the beginning of beginnings

Following this project I arrived into Galway, Republic of Ireland and presented 'rituals of being not being' a development of
this project. Following this I set out and traveled to Australia to work on the 'exist '08' commission Her Name is Carol.

I was exploring and investigating the ideas of people and landscapes who had vanished or under a process of vanishing.

The origin of the word 'vanished' is evanescere' meaning to 'die away'.

With The Gathering I wanted to equate the vanishing of a person with that of geographical locations.
What are the poetics of vanishing.
What is it to die away?
What is vanishing ~ dying away environmentally?
What are those locations?
Where do they exist?
Who has vanished?

I wanted to hear other peoples stories of people vanished from lives and start simply.
I wanted to gather people, stories, ideas, concepts, images, meanings, voices, words, lives of vanishing and relate them to geographical locations that were researched, mapped, discussed and written about.

We began with maps and images of places that are imbued with ecological and environmental stories that resonate a quality of human loss but on a grander scale. 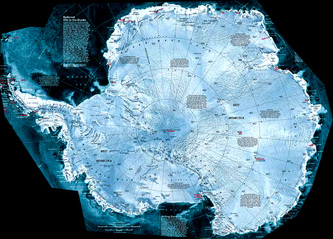 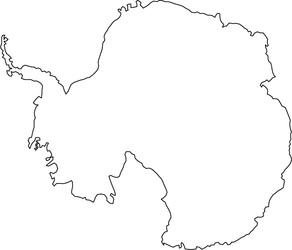 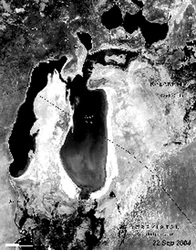 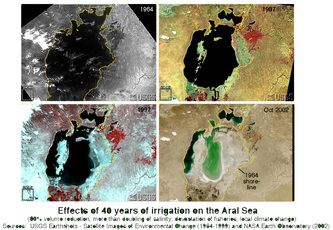 We took metaphorical journeys to antarctica, the aral sea, the equator, the deserts of China and a seamless fall through the centre of the earth.

We took the stories we had heard and mapped though the day and re-mapped them over the geographical.
Combining, fusing and inter-relating text about person and about place 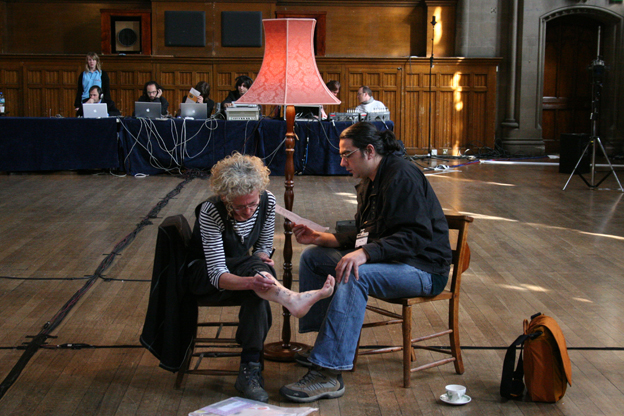 The multi-layered systems & structures established held a simplicity about them

A person arrived.
A person met a person.
A person told a story to another person.
This story was recorded in 2 ways ~
Written on the body & recorded by a collection of electro acoustic artists.

The body became marked, mapped with text that would become a script, a requiem for the now, the lost, the f

We gathered and collected evidence. 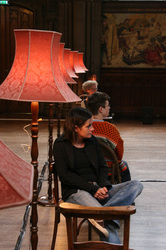 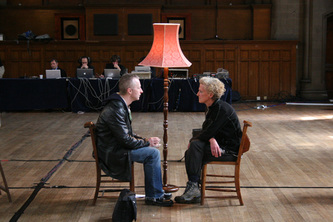 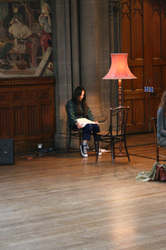 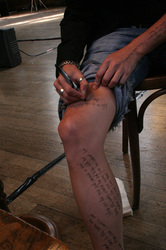 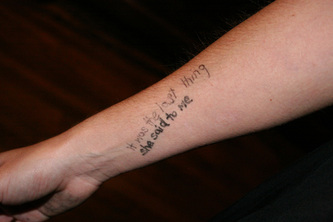 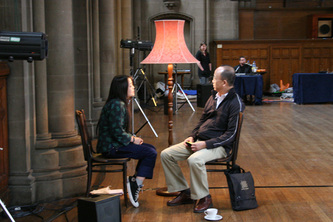 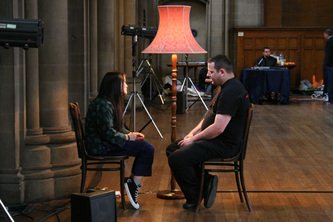 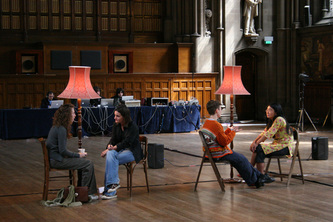 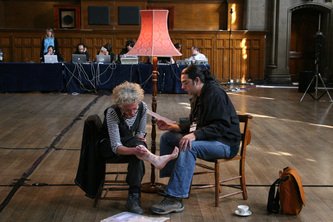 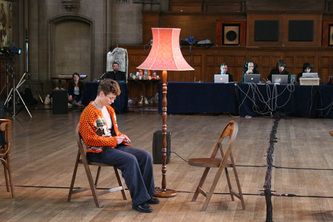 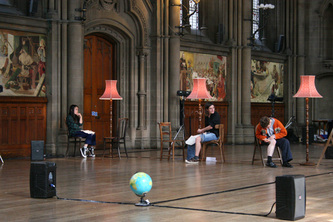 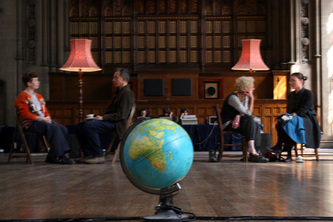 We discovered the form of this work as we performed.
We rooted ideas into collaborative systems, listeners and listened to, sonic art and live performers, between rehearsed, planned, mapped and the notion of live composition, between the recoded and the unrecorded, between the seen and the invisible, the heard and unheard, the remembered and the forgotten, the found and the lost.

Maps & Mapping the geographical onto the site of the Great Hall, Manchester Town Hall 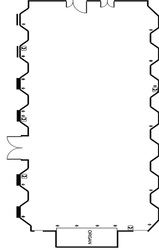 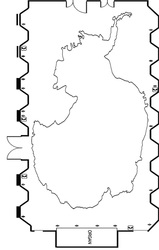 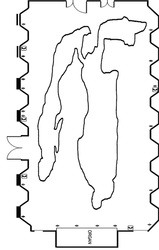 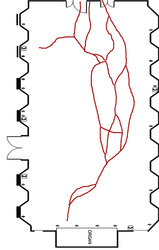 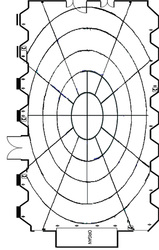 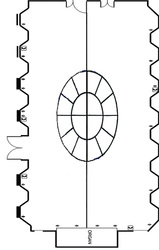 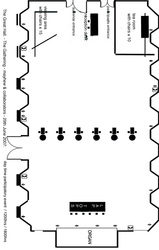 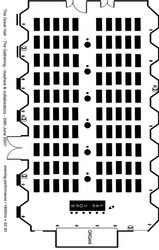 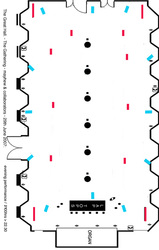 The employment of maps and mapping sequences, directions and location of self in space was funimental for this work.

We were layering the heard stories from the day, that had been marked onto the body with text written about the geographical locations of place, along with an acoustic intrusion of recorded language from the day.

This series of layers were mixed live for the evenings performance of The Gathering.

Kathryn Crick ~ Falling through the earth

Sadie Maddocks ~ Walking the edge of the Aral Sea