'Imagine kinetic sculpture, can-can dancers, light projection, fireworks, musicians, scientists, technicians
​and you have about 2% of the total performance.' 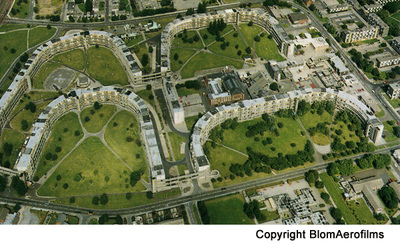 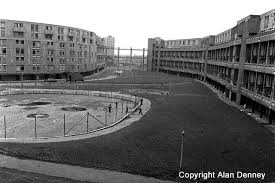 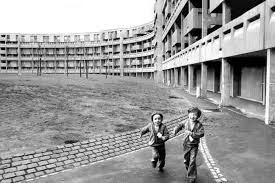 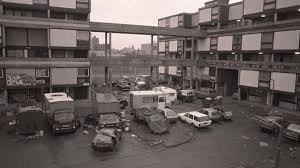 I established Dogs of Heaven in response for a request to arrange a fire work display for November 5th.
Not wanting to fall into the traditional trap of fireworks in the sky and having been influenced by a number of Spanish pyro-technics performance companies I opted for visual performance, of bodies in close contact with fire and explosive devices, of structures, effigies, and noise.

Dogs of Heaven became a community style site-specific performance company, focusing on collaborative partnerships with non-perceived artists, car mechanics, musicians, welders, costume makers, scientists, writers, engineers, circus performers, academics . . .
Dogs of Heaven was developed in the Hulme & Moss Side housing schemes of the 60’s. The landscape of this Brutalist architectural landscape became an arena for a multi-disciplinary practice. Working with a large team of volunteers I was able to organise a series of large-scale performances.
Working with a diverse cross section of non-perceived artists,
Dogs of Heaven became one of Britain’s biggest community site-specific companies, touring to Bradford and Glastonbury.
​ 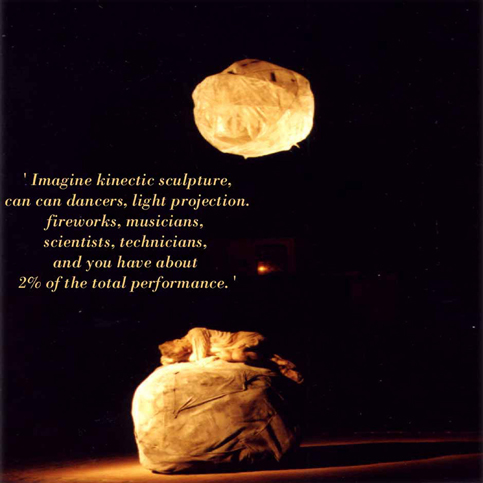 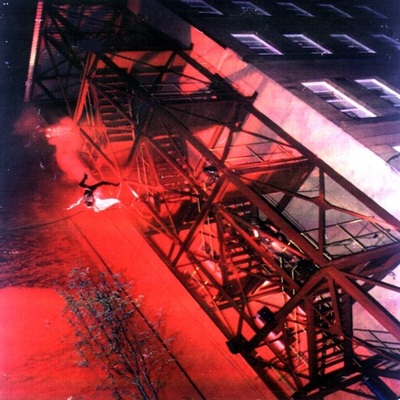 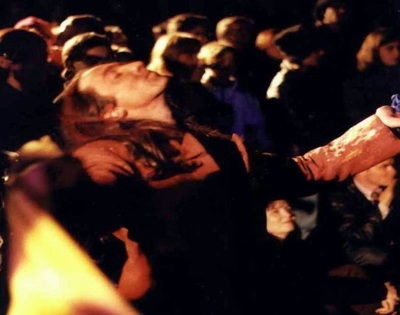 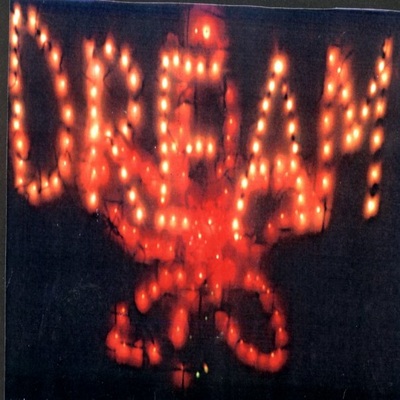 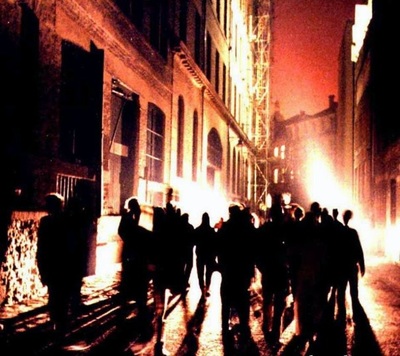 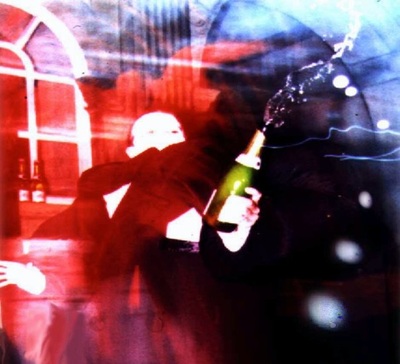 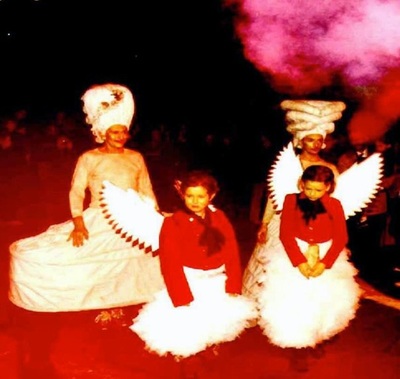 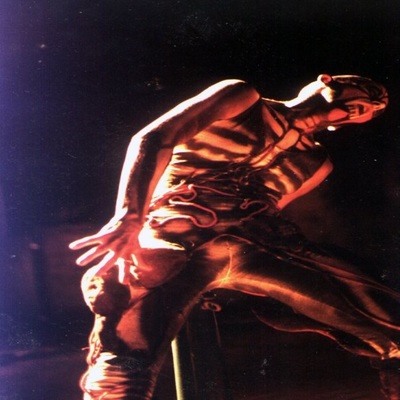 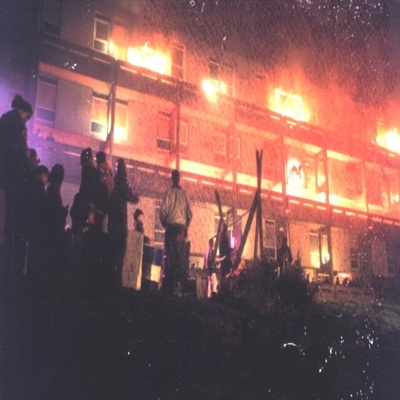 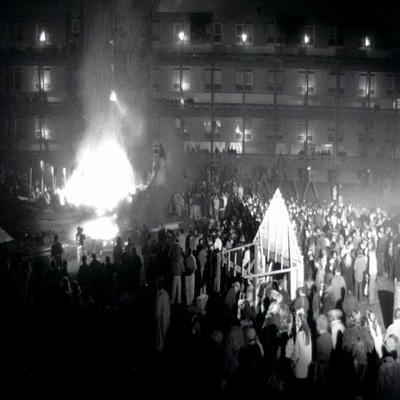 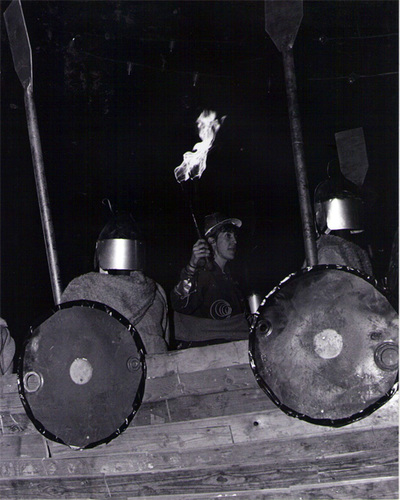 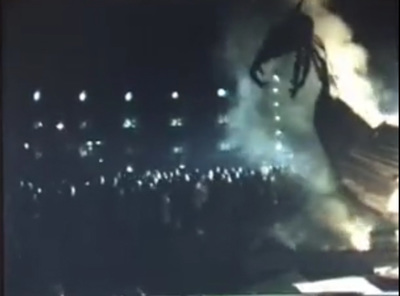 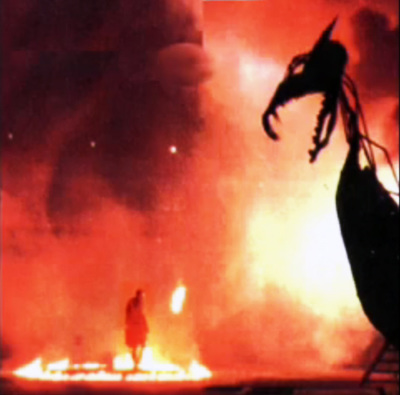