Always Forgetting What is Beneath Me

A Collaborative gesture with a city, a nation and people.

Video Documentation
@
Always Forgetting What is beneath Me
Link 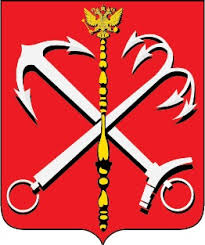 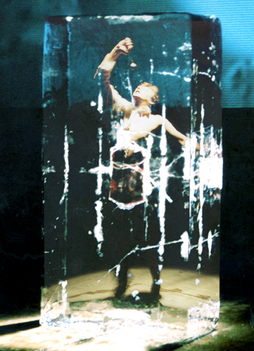 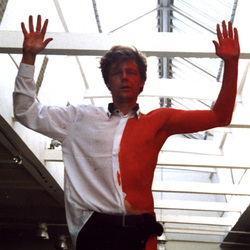 This work was made over a long period of time.
I traveled through the seasons, experiencing the depth of winter, the spring surge and rise, the excessive heat of summer and the lowering of the clouds into Autumn.
This work is shaped by the spaces, places, time and people.
I had arrived into Russia the previous year to perform The Doctors Notes at the annual performance festival in Saint Petersburg based at Manezh, the Central Exhibition Hall of the city.
Manezh is employed as an exhibition hall for business through to art, folk dancing to rock concerts.
Manezh is state run and Lenin was still lurking beneath the stair case.
Following this two week engagement I found myself immersed into the society and the culture.
"Every Step you take, the dead will take something from you."
It was the dead beneath the heavy stone paving slabs that were buried as the city was built,
that would drain something of your soul.
There is a hole in Russia that nothing and none can fill.


It's vastness drives up through your body and as the dead are draining the 'something',
no one tells you what it will be replaced by or with. 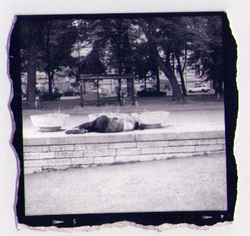 I arrived with a Hi8 camera and experienced the streets and the life of the specific city.
Saint Petersburg is unlike any other city in the world.
It is every other city that was built before 1700.
This is a city of illusion, a city through which the west would pass through.
Built by Italian, Spanish, French and German architects Saint Petersburg lulls the spirit into a
false sense of comfort and security.
It's veneer is Western.
But it's heart is Russian.
You step through the border into the east and carry with you all your imaginings of Iron Curtain and Cold War. 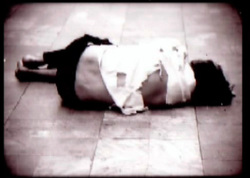 I lived within.
I found and have found again and again that the English aren't meant to go native.
We are meant to remain 'removed', at a distance, sustained on our own island.

I moved in.
Dragged in - Kicking and Screaming the year before when I had performed The Doctors Notes.
This time round I was part of / Crossed over / Lived on the wrong side of the tracks.
Removed myself from Brit/Land - I wasn't there to sustain English sensibilities I was there to soak up, experience, gather and collect, be part of, melt the Cold / Warm up the Iron / End the War / Open the Curtain. 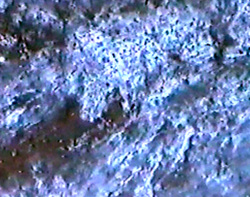 I passed over ice and saw a galaxy shine back. 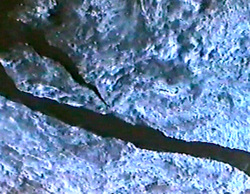 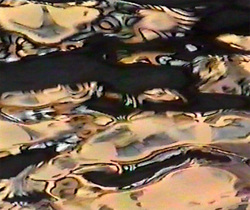 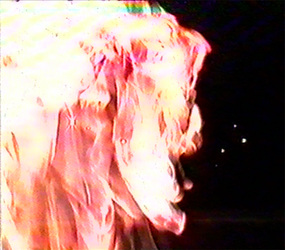 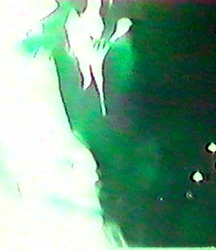 Fire Became
Both Hot & Cold
The World became a metaphorical poetic system.
I walked away and towards the horizon
This location was to shape the next 10 years of the process & praxis.
Walking away to walk towards.
You don't know what is there
You have to keep going
You do not know what you will find
You may not come back
If you do you don't know what with
But as an artist you have to enter the nothing in order to find the something
We have to leave in order to bring something of the
other
back 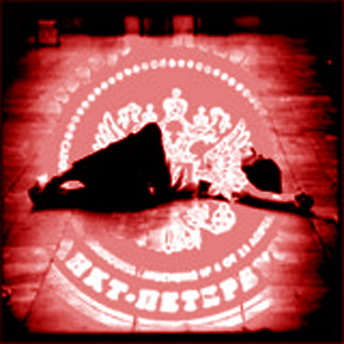 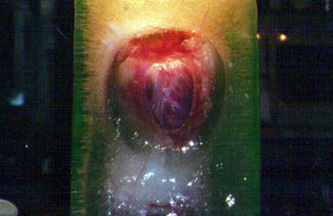 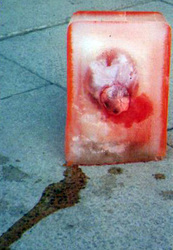 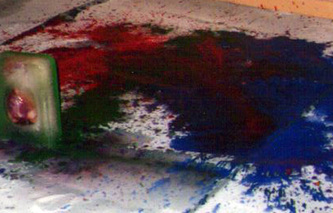 I began with a series of pieces based at Manezh.
The is work with several stages of transformation, like ice it was continually under going a process of alteration of its state.
I worked with earth, grass, paint (red) and the positional motion of lying down and raising my arms.
The lying came from experiencing people lying on the street through excessive drinking,
the arms in the air arrived from being stopped at gun point the previous year by the poi / ice who wanted my money.

This is a process of accumulation, of gathering and collecting from life and living. 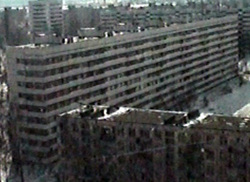 I attempt to live within, often removing myself from tourist traps.
The areas that promote an engagement with viewing culture and people as zoo animals.
I move away from the expats who sustain a hyper-Englishness that breeds separation.
I draw on every aspect of what is being experienced employing every sense and including a 6th and 7th.
I began with Ice & Snow and their transformational properties. 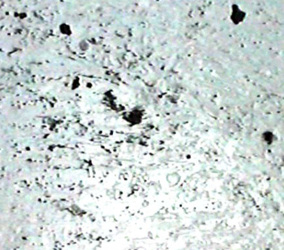 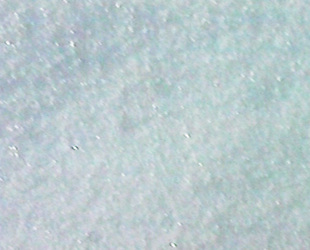 It returns to a liquid property from being a solid mass.
It traps and preserves.
One has to
W A I T
For this to happen.
It is durational in its transmutation from water to ice / ice to water. 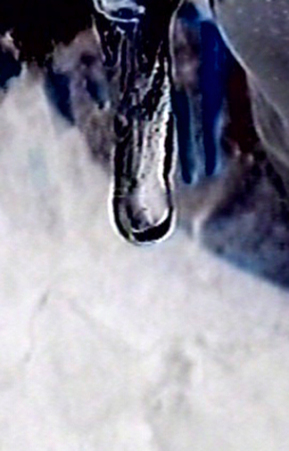 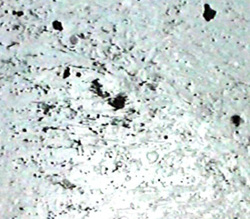 'When liquid water turns to ice heat must be removed. When heat is removed from a substance the process is exothermic. If you must add heat to make a process work, like melting ice to produce water, then the process is endothermic. In this case the system is the water, the surroundings are everything else in the universe. If heat is removed from the system to the surroundings then either the temperature of the system is reduced or the system undergoes a phase change. Phase changes are isothermal processes.

After water has frozen if the temperature is further decreased then the kinetic energy must be becoming less while the potential energy remains constant.' 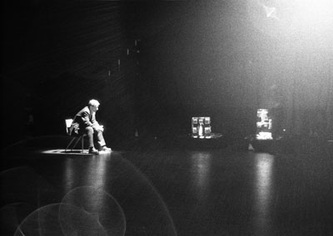 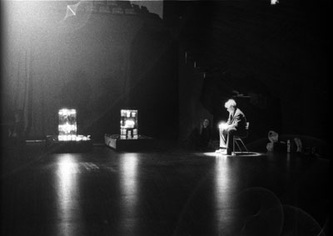 I had arrived from a landscape
Where the breadth of space sinks into the body.
Where waiting was a form of suspended time. 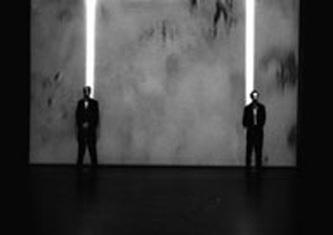 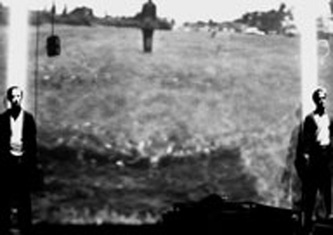 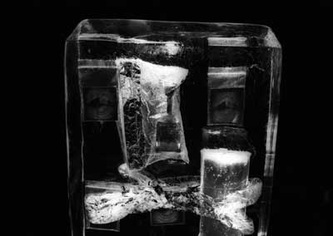 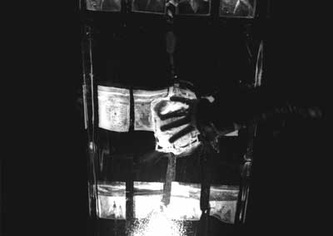 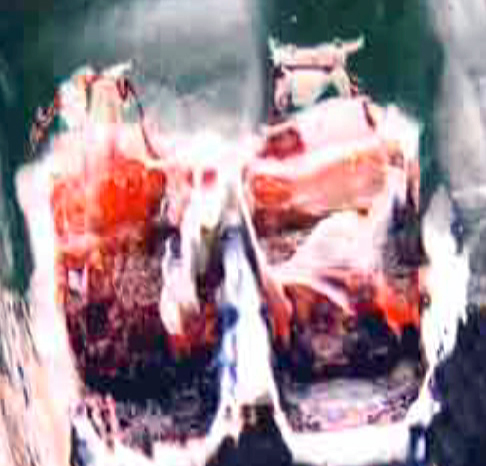 I placed a single bag of blood into the heart of the cold and melted the ice in order to free the self.
This was at the heart of this project.
To express the essence of space, place and people.
( Note)
(The image above is a reflection within the ice of the one) 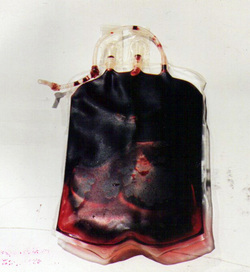 Bag of Blood.
The Portrait of the self. 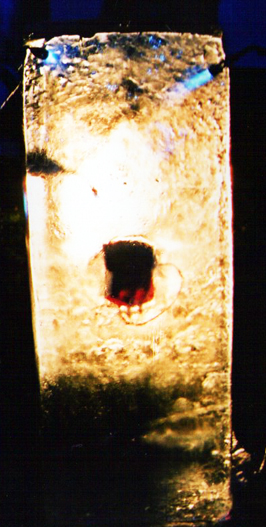 The Self Locked Away in ICE.