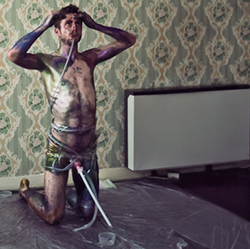 The dreadful image of a young male body being buried in a mound of earth is inscribed in the cultural memory of a nation in times of war or plague. Here, though, the body is a living one, the mound moves as the body struggles for breath. Martin O’Brien’s work focuses on physical endurance in relation to the fact he suffers from Cystic Fibrosis, a severe chronic disease in which the body produces excess mucus which among other things restricts and prevents breathing through clogging up the lungs and airways. In this regime of repetitive burial, in which O’Brien bursts his way out of the make shift grave when his breathing is restricted to the point of hyperventilation before being reburied, images of human mortality are created in relation to traumatic memory of mass death. O’Brien exploits his own physical condition through this act of endurance and confronts the nature of his own disease, at once a destructive image of suffering and an emphatic statement of survival.
Documentation by Roshana Rubin - Mayhew 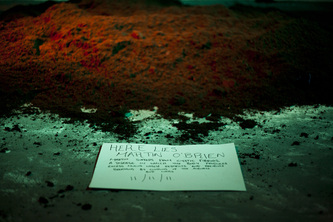 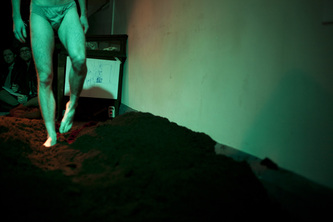 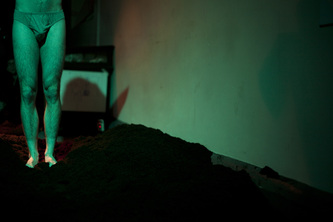 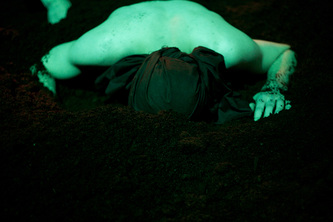 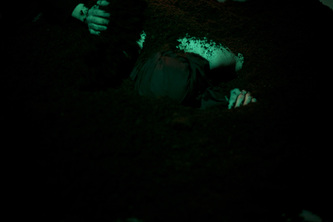 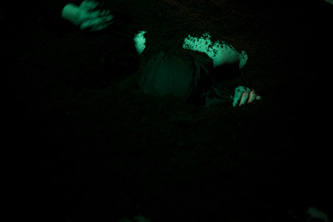 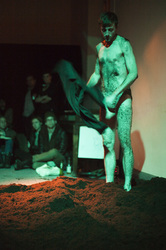 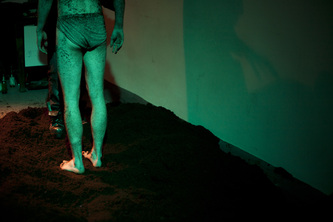 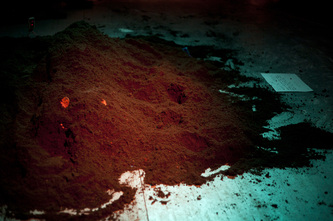 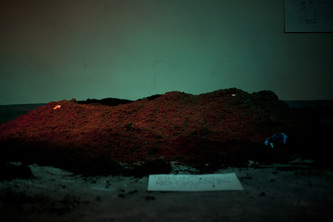 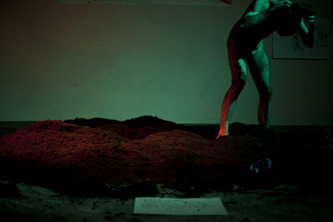 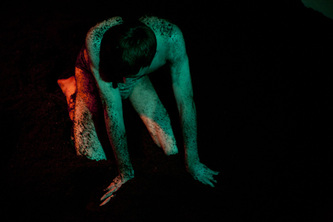 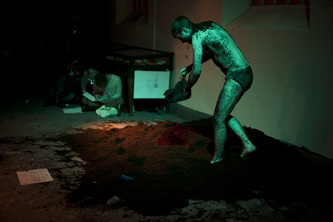 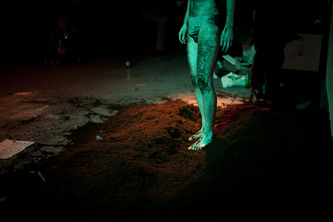