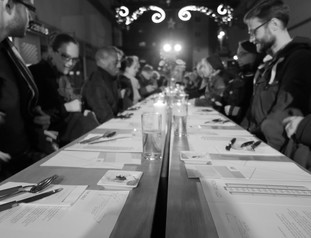 
Can a city be optimistic?


Part of the research for this project began with a collaboration with Architect Yoana Krasteva who was commissioned in the designing and building of a 32-foot long TABLE that would bring people together to celebrate the city’s unique role as a City of Peace, Reconciliation and Equality.

Rather than hiding behind closed doors it was decided that this meal would happen directly in the public eye by marking the beginning and end of Coventry Peace Festival by inviting twenty-four people to join them for a meal; sharing in food from across the world and good conversation in the 1960s ‘City Arcade’ shopping precinct.

The meals where an opportunity to talk about future/community in Coventry city centre between the varying faiths, cultures and nationalities that flourish within it and to enjoy the many foods that are available to its inhabitants because of Coventry’s diverse make up.

Yoana, the TABLE designer, says:
​
“What better social activity do human beings partake in than the sharing of food? Food is the celebration of life and people and is an essential part of every festival. Food plays a crucial role in building communities, it should be shared with other people.
Sharing food and conversation brings people together and feeds us on multiple levels. I’ve tried to design a table for people to become not only community, but family.” 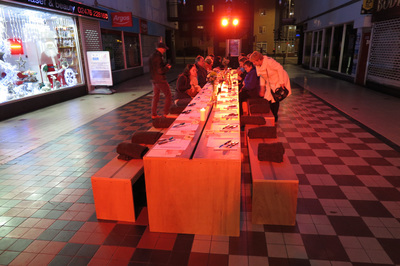 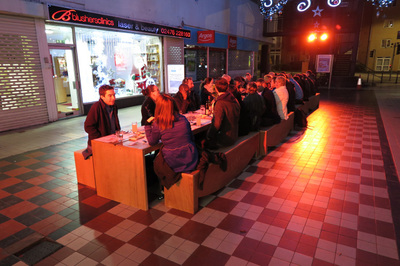 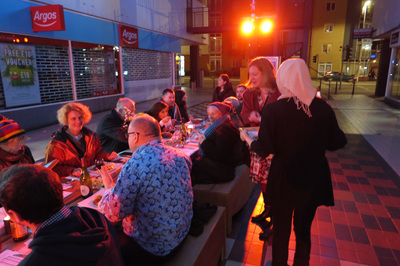 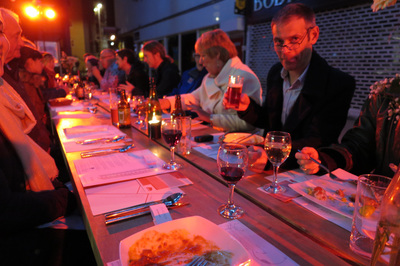 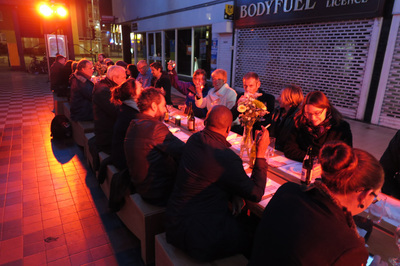 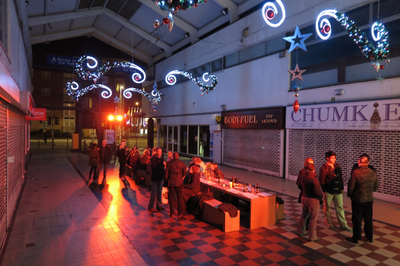 The Coventry Peace Table was to move into Coventry Cathedral and become a focal point for
​discussion, meeting and once again food, with HUNGER.